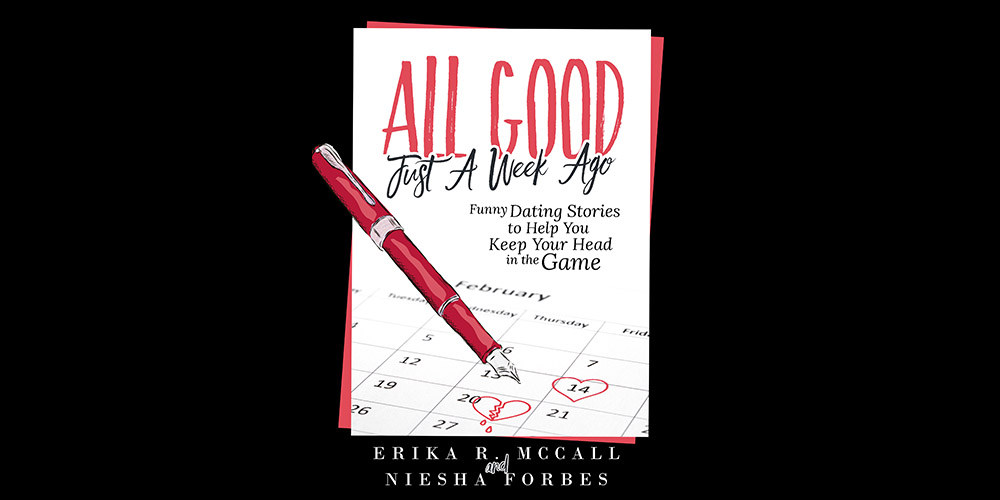 All Good Just A Week Ago PR Case Study 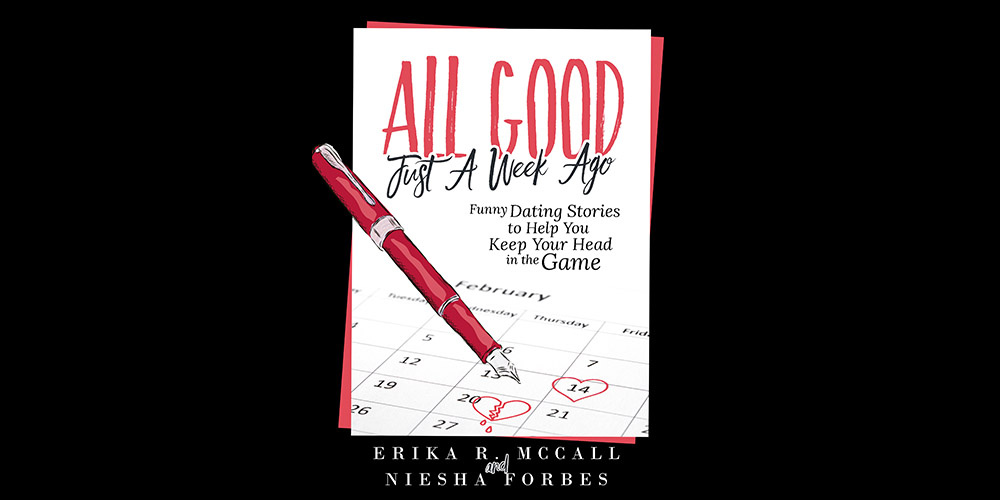 Co-Authors Erika McCall and Niesha Forbes were gearing up to release their self-published dating and relationship book, All Good Just A Week Ago, under Erika’s independent book publishing imprint, Don’t Wait Create Publishing. Erika
is the founder of the Go For Yours Foundation, and a former Executive Director of actor and author, Hill Harper’s Manifest Your Destiny Foundation. Niesha is the ultimate NYC fashionista, and founder of clothing consignment boutique, Compass Vintage. Their book’s title is a take off on the Jay-Z hit, It Was All Good Just A Week Ago, and features funny, outrageous and relatable dating stories contributed by 50 different men and women, to help readers keep their head in the game. The book also offers a healthy dose of spiritual guidance, encouraging readers to embrace more old school courtship traditions, while allowing their respective relationships to serve a higher purpose in their lives. Their goal was to reach millennial singles, Gen Xers re-entering the dating world, an urban market, and a Christian market, as their book offers appeal across those respective demographics.

It is always a challenge to launch a book in a crowded space, and relationship books are a plenty! It is also important to present self-published and independently published books in a polished and progressive manner, and with a sharp niche point of view that relationship books being released through Big Five publishers (Simon & Schuster, Harper Collins, MacMillan, Penguin Random House, Hachette) may not be offering, and to express those qualities to journalists.

We focused our media campaign on co-authors Erika and Niesha longtime best friendship, their respective dating histories, their ties to Chicago culture, what they call “Kingdom relationships and marriages (the faith-based angle), Valentine’s Day “Love Resolutions” and their ability to play well off one another on television.

Our efforts resulted in a national and regional (virtual) television appearance tour, an ongoing five part article series in a popular UK newspaper, a radio tour, and multiple virtual bookstore events. Media credits include: WCIU Chicago’s The Jam TV Show, a two-part appearance on WGN-TV’s morning show in Chicago, Black News Channel, Christian Network’s TCT-TV 30 minutes segment, five-part article and book excerpt series in UK’s mega popular newspaper The Mirror, three bookstore virtual appearances, ABC Sacramento, WTMJ-TV, FOX Soul’s The Book of Sean, BBC Radio. In addition, as a result of Erika and Niesha’s ongoing press coverage, they were approached by a European book publisher to acquire the foreign rights to their book and to have it translated into different languages. They are now in negotiations to sell foreign rights to their book, All Good Just A Week Ago!